SOCCER GAMES - Play Soccer Games on PikaGoo Want to play Soccer Games? Play Penalty Shooters 2, Football Masters, Heads Arena: Soccer All Stars and many more for free on PikaGoo. The best starting point for discovering soccer games. Soccer Games You no longer have to worry about the weather outside, because you can play a fun game of soccer indoor, with one of our soccer games! We have a huge selection of games with varying gameplay, from realistic, 3D matches to 2D, cartoon-themed games. Reenact headshots from real games or become an overhead champion in our soccer games! Even play a game of soccer slime or android soccer, both of which feature classic, arcade gameplay. If you like table games, then look no further, as our collection also has many varieties of table soccer action. Keyboard controls in our soccer games are player-friendly and meant to turn you into an all-star in no time! Within minutes, you’ll be putting heavy spin on free kicks and dancing around your opponents with ease. Many of our soccer challenges feature in-game tutorials which will help you learn controls and allow you to practice before playing a real game. But, if you want to just launch into soccer action right away, then go ahead! In most soccer games, a standard keyboard will be all you need to control your players. 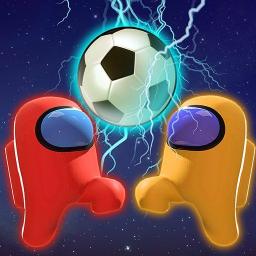